The Walsall hurricane of 1895

With all the talk of global warming and adverse weather it seems meteorology has only been “invented” in the last 40 years, bit like sex was invented in the 1960s! But in 1895 the weather hit Walsall hard in the form of a hurricane.

The report from which the information has been taken was first published in the Walsall Advertiser on Saturday 30th March 1895. 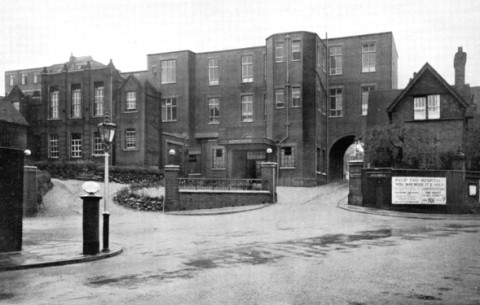 The General Hospital in 1935 badly damaged in the hurricane 40 years earlier. Although the hospital had been extended by this time the wards with the long windows on the left was where the chimney came through the roof. The chimney stood behind the thin building with the pointed roof adjoining the new extension.

END_OF_DOCUMENT_TOKEN_TO_BE_REPLACED

You are currently browsing entries tagged with Barleyfields Row at Walsall Life.