A watercolour painting of the original Woolpack Inn c.1885 with the licensee Mrs Emily Eliza Ross standing on the doorstep.

Above is a watercolour of one of Walsall’s oldest inns, The Woolpack, which stood approximately where the entrance to the Old Square is today. The painting shows the original Woolpack which was a late medieval timber framed building and certainly one of the oldest pubs in Walsall, it was demolished in 1892. It is reputed that local Royalists under Colonel John Lane congregated at the inn in September 1651 before continuing to Worcester to join Charles II. During my research for the history of Walsall Races, the Woolpack was mentioned numerous times as it was one of Walsall’s most important venues for cock-fighting. In June 1756 a year after the earliest announcement for Walsall Races in 1755 there appeared in Aris’s Gazette an announcement that read:- END_OF_DOCUMENT_TOKEN_TO_BE_REPLACED

Sister Dora….the town thanks you 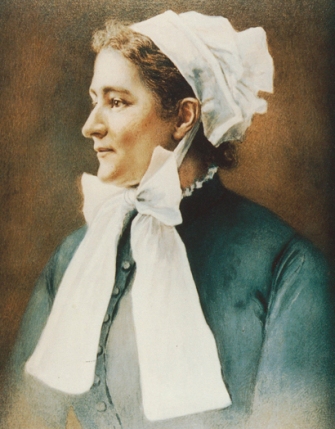 The portrait of Sister Dora by W. Munns that hung in the committee room of the Cottage Hospital.

By all accounts, Monday 11th October 1886 in Walsall was a dismal day so the photographs show us that recorded the days events. A heavy mist hung over the town, a combination of the onset of autumn and the filthy atmosphere created by the town’s industry that always seemed to be there, but that day the people of Walsall turned out in their thousands to honour a good person who put the community first. It was the day Walsall honoured Sister Dora by unveiling a grand statue of her on The Bridge in front of the George Hotel. END_OF_DOCUMENT_TOKEN_TO_BE_REPLACED

The Minerva Inn on the corner of Paddock Lane and Union Street, c.1930.

In an earlier post I mentioned a project of mine a few years ago was to illustrate some of the old pubs of Walsall that are now long gone. This post features the Minerva Inn that was situated on the corner of Paddock Lane and Union Street. This watercolour painting was based on a black and white photograph taken around the 1930s. I always liked the photograph for the way the perspective of the narrow street pulls the eye onto the Parish Church of our town, St. Matthews standing proudly on the hill. END_OF_DOCUMENT_TOKEN_TO_BE_REPLACED 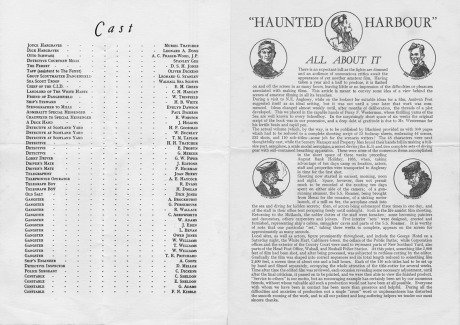 Walsall being as far from the sea as one can get didn’t stop an enthusiastic group of Scouts from the Walsall Third forming a Sea Scouts troop in 1927.
Around 1933/34 an ambitious project was launched by them to make a film based on one of Percy F. Westerman’s books, Haunted Harbour. In the 1930s, Westerman was the most popular author of adventure stories for boys, writing 174 books in his literary career which spanned over fifty years.
The project was headed by one of the early stalwarts of the Walsall troop, Leonard G. Stanley, son of the owner of Alfred Stanley Limited. An idea for the plot was sent to Westerman who, in six weeks, turned the idea into a 300 page book. END_OF_DOCUMENT_TOKEN_TO_BE_REPLACED

The previous post about Eyland & Sons Limited concerned the family business but this post looks at their residence in Highgate Road.

Hope Cottage or Hopelands, the residence of the Eyland family.

END_OF_DOCUMENT_TOKEN_TO_BE_REPLACED

Arthur Farrington’s portrait of an unknown worker in the annealing shop at Eylands, c.1905.

With the possible exception of Thomas Gameson Limited, Eyland & Sons Limited of Lower Rushall Street is up there as being one of Walsall’s oldest companies. Founded in 1760 by Moses Eyland as a manufacturer of buckles and spectacles the company quickly established itself in the town and grew rapidly. END_OF_DOCUMENT_TOKEN_TO_BE_REPLACED

The White Swan and on the left, The Seven Stars. The road to the left is Bath Street with Dudley Street on the right.

Several years ago whilst researching family and local history I decided that I wanted to see how the long gone pubs of Walsall would have  looked to my ancestors. I embarked on a series of watercolour and gouache paintings of hostelries based on black and white photographs. One of the first paintings I did was of The White Swan that sat on the corner of Bath Street and Dudley Street, where the Mercedes garage is now situated. This turned out to be two paintings in one as on the opposite side of the street stood the Seven Stars Inn, but first the White Swan. END_OF_DOCUMENT_TOKEN_TO_BE_REPLACED

Edward Berwick died on his 22nd birthday, 13th July 1944, a long, long way from his home at 230 West Bromwich Road, Walsall. Edward, who was the eldest son of Edward senior and Sarah Berwick, volunteered  for the RAF in February 1940 and was called up in August of that year. A year after joining he won his wings as a wireless operator and airgunner. In 1942 he went out to Kenya and subsequently served in the Middle East, Sicily and Italy. At the time of his death he was on his second tour of operations. As a child he attended Palfrey Schools and was a prominent member of St. Matthew’s troop of Boy Scouts, serving for a short time as a scoutmaster as well as being a member of the ATC (Air Training Corp). On leaving school he was employed as an engraver by F. H. Reckless & Sons Limited of Bridge Street. A memorial service for Edward was held at St. Matthew’s Church on Saturday 25th October 1944. END_OF_DOCUMENT_TOKEN_TO_BE_REPLACED

You are currently viewing the archives for June, 2014 at Walsall Life.